As a repeatable process that follows specifications and procedures in order to improve resistance to fatigue and stress corrosion cracking, shot peening has valuable benefits for gears.

While everyone is familiar with sand blasting, people erroneously believe that shot peening is the same thing. However, the two processes are completely different. Blasting is a cleaning process, while peening is a surface enhancement process that alters the surface of the object being peened. In more technical terms, shot peening is a cold working process done to induce a residual compressive stress, which improves resistance to fatigue and stress corrosion cracking. Peening produces a plastic deformation of material on the surface that induces a compressive layer into the subsurface of the component, thereby making it stronger. 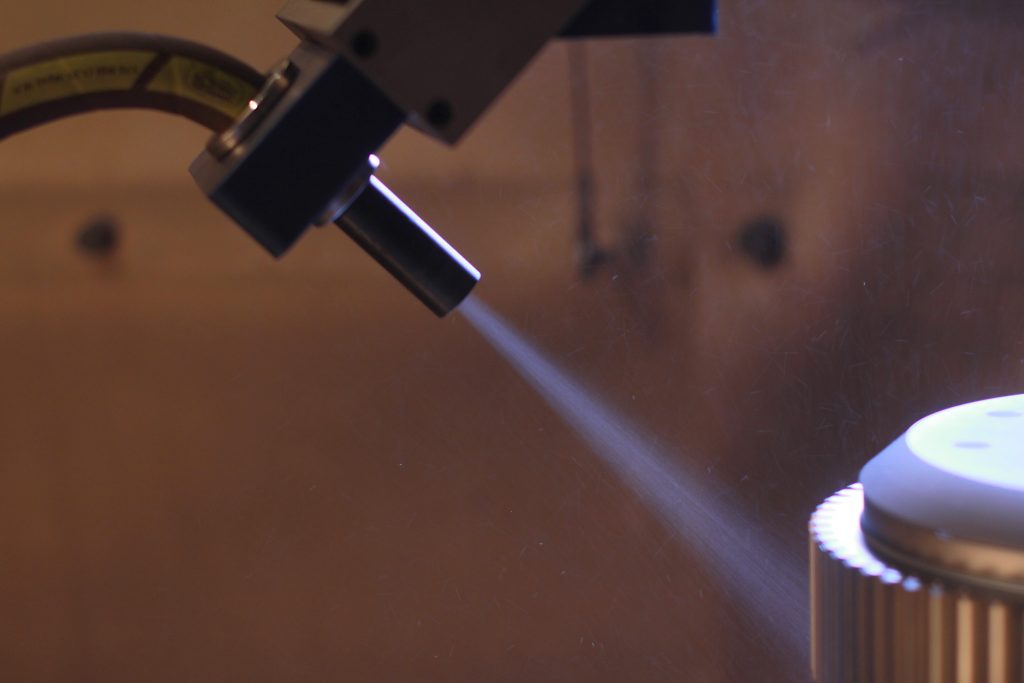 Peening is used mostly on machined parts that are put under stress. This is why gears, gear shafts, and splines benefit from shot peening.

Just like a machining process, peening is a repeatable process that follows specifications and procedures. In order to properly peen a given component, the following information must be determined and provided to the shot peening operator:

Additionally, it’s important to include clear instructions regarding the specific areas required to be peened, optional areas, and any areas where peening is forbidden and the part must be masked.

Peening media, often referred to as shot, can be made of many materials. The most common are steel, glass, and ceramic. The type of media used depends on the part being peened. Steel media is most commonly used when working with gears. Steel media, which consists of cast, wrought, and conditioned cut wire (CCW), is used for medium- and high-intensity peening. Glass and ceramic beads are generally used for low- and medium-intensity peening. Each type of shot has its own benefits, but the use of CCW and ceramic bead media is becoming more popular.

The root fillets of the gear are the most important areas that should be peened, and having a deeper compressive layer on the gear teeth will reduce pitting and extend the life of the gear. The dimples on the surface created by the peening process create more surface area, thereby helping oil remain on the gear teeth.

For parts made of material Rc 50 and under, regular media Rc 45-52 is recommended. The size of shot used should be half (or smaller) of the smallest radius that is being peened.

Intensity describes how hard the peening media strikes the surface. To measure the intensity, an Almen test strip is used. This ensures the intensity is correct before the actual gear is peened. On a typical intensity callout of .006-.010A, A indicates the type of Almen test strip to be used. The three main types are A, C, and N. (See Figure 1.) The figures .006-.010 indicate the amount of deflection desired from the peening process.

Several factors will affect the intensity on the part surface. These include:

There are three common types of shot peening machines: centrifugal wheel, direct pressure, and air jet. These are semi-automatic or computer-controlled.

The centrifugal wheel machine uses one or more wheels with blades to propel the shot at the part(s). The benefit of this type of machine is that it throws a large amount of shot per minute and achieves coverage and intensity quickly. It works best for parts that require overall peening. The drawback of this type of machine is that shot cannot be focused on a certain section of a part. Special holding and masking fixtures are needed to protect areas that should not be peened. Because of this, some aerospace companies forbid their use entirely.

The direct pressure machine is used for parts requiring medium- to high-intensity peening. The benefit of this type of machine is its precision in peening-specific areas. Different types of nozzles allow a controlled range of peening, from a very tight pattern to a wide pattern. Most CNC shot peening machines use nozzles for media delivery because of this precise control. The drawback of this type of machine is that it is less effective for low-intensity peening.

Air jet machines are good for low- and medium-intensity peening. Like the direct pressure machines, the nozzles provide a great deal of control when peening. The drawback of this type is that it is difficult to set up, as the machines usually have more than one nozzle and can sometimes have more than a dozen.

Before peening the gear, gear shaft, or splines, all machining, heat treating, and non-destructive testing must be completed because peening may close cracks in the surface and NDT may not detect them.

Shot peening has been shown to increase the fatigue life of metal parts, including gears. It is important to note, however, that it is possible for parts to be over-peened, which will reduce the fatigue life of the gear. With that in mind, it is important to consider test peening during the gear design process. It is always good practice to have sample lots peened at different intensities and in different coverage amounts in order to determine which combination of factors will provide the best results.

If you are developing or adding a shot peening callout to your gear production process, AMS2430 is the specification I recommend. There is also helpful information at www.shotpeener.com/library. 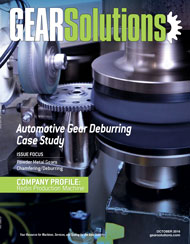