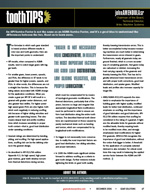 The formulas to which each gear standard is based produce different results in rotor size and tooth geometry. Here are the important points to understand:

• For smaller gears, lower powers, speeds, and PLVs, the difference in SF tends to be greater than for higher powers, speeds, and PLVs. In other words, the differences are not a straight line function. This is because the rating values associated with AGMA change for the application conditions. When you create a gear per API SF it will result in a gearset with greater center distances, and also greater face widths. For higher power high speed gears PLVs are also higher, both which work negatively in reducing scuffing risk because of higher sliding velocities and greater tooth quenching losses. This also means deeper lead and profile modifications which increase sensitivity to proper tooth contact—that is, good load distribution under operating conditions.

• Gearset ratings are determined by bending, pitting, and scuffing. For high speed applications, scuffing risk can be the defining criteria in the gearset design.

• As described in API 613/5th edition Appendix H.3, for high speed, high power gear meshes, gear teeth develop non-uniform thermal distortions during service, which must be compensated for by means of topological geometric modifications. The thermal distortions, particularly that of the pinion, become so large and irregular that appropriate longitudinal flank modifications must be performed in order to ensure uniform load distribution along the entire tooth surface. The described thermal tooth distortions are superimposed on those caused by purely mechanical strain such as bending and torsion, which are compensated for by longitudinal tooth modifications.

• So bigger is not necessarily more conservative. In reality the most important factors are good load distribution, low sliding velocities, and proper lubrication.

• In 1985 the AGMA made significant strides forward to address scuffing as a criteria to gear tooth design. Further revisions include tightening the limits on gear tooth quality, thereby lowering transmission errors. This is better accomplished today because measuring machines are much better in determining the transmission errors inherent in gears. Furthermore, nearly all gearsets today are ground finished, which is a more accurate way of completing gearsets. And gears today are carburized or nitrided, increasing the load carrying capacity of the gearsets and thereby lowering the PLVs. This has led to greatly enhanced lower transmission errors and with proper tooth corrections, good load distribution, and quieter gears. Modified leads and profiles also increase capacity for longer life.

• ANSI/AGMA 6011-I03 expands the standards to emphasize the importance of building gears with higher quality, modified leads for better load distribution, continued emphasis on scuffing, and the importance of good lubrication and good lubricants. API-613/5th edition requires that scuffing be considered in the rating of a gearset. It tightens the allowable limits for gearsets without modified leads, thereby requiring leads to be modified more often, and strongly emphasizes lead modifications for higher PLV gearsets. API-613/5th recognizes the importance of good load distribution, without the notion that bigger is better. A threshold for the application of a properly selected lubricant is also included. For critical conditions this may result in balancing the applied service factor between the AGMA and API method. 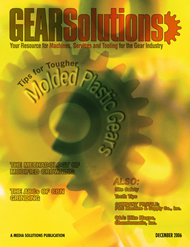