If gears are designed with a standard tooth proportion and are operating on a standard center distance, they would mesh ideally and would neither jam or require backlash. Unfortunately, gears, like life, are never ideal.

The general purpose of backlash is to prevent gears from jamming due to contact occurring on both sides of the tooth at the same time. A minimal amount of backlash is important in order to allow a space for lubricant to enter the mesh and also allows for any thermal expansion of the gearing under load. Manufacturing errors, including errors in profile or pitch or tooth thickness or helix angle or even center distance, all contribute to the need for backlash allowances. Gears produced with very small total composite error or tooth-to-tooth errors can have a smaller backlash allowance because the errors that need to be compensated for are less.

On the other hand, having a very large amount of backlash in the mesh is not ideal if you are operating a reversing drive, as the positioning of the driven gear will vary greatly over time.

In order to obtain the desired backlash, it is necessary to reduce the tooth thickness of each gear in the mesh. The decrease in tooth thickness is usually greater than the amount of backlash desired, as manufacturing methods will introduce error that will vary the thickness. It is also common practice to have half of the backlash allowance applied to the tooth thickness of each gear in mesh. In the case of bevel gears, where the pinion has very few teeth compared to the mating gear, all of the backlash allowance is applied to the larger gear in order to maintain the maximum strength of the pinion.

If the tooth thickness of either of the mating gears is less than the zero-backlash value, the amount of backlash is simply as follows:

j is the linear backlash measured along the pitch circle.

Sact is the actual tooth thickness.

When the center distance is increased by a relatively small amount, a backlash space develops between the mating teeth that can cause excessive noise or premature wear. The relationship between the increase in center distance and the linear backlash along the line of action is as follows:

Δa is the change in center distance

a is the pressure angle

The equivalent linear backlash along the pitch circle is defined as:

The relationship of backlash is dependent primarily on the pressure angle and is independent of pitch. From this relationship, it can be derived that 20-degree gears have a 41 percent greater backlash than 14.5-degree gears.

Many designers try to minimize the backlash the gear manufacturer builds into each gear by assembling the gears with a reduced center distance. This is not desirable, as it eliminates the space for lubrication to function, and it encourages excessive tooth mesh, which in turn causes premature failure of the mesh. 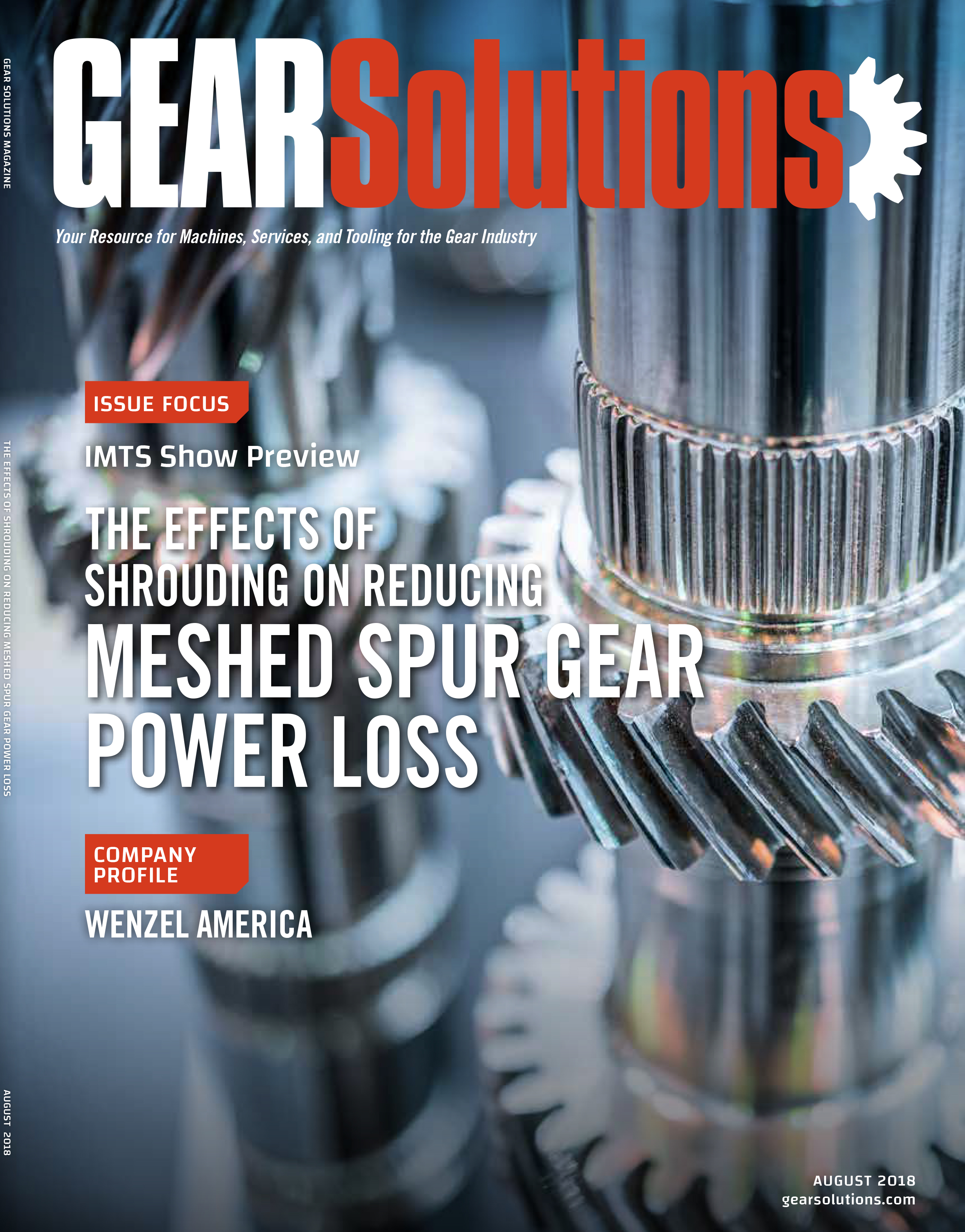