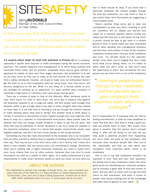 It’s always great news to hear that business is picking up for a company, especially if layoffs were required or shifts eliminated during the recent economic downturn. The natural response from management is to rehire those workers and reactivate those shifts, and for workers—especially those who’ve gone without a paycheck for awhile, or have seen their wages decrease—the temptation is to pile on as many hours as they can to make up for lost income. As is always the case from a safety standpoint, however, we’ve got to make sure our enthusiasm doesn’t get the best of us so that employees work too many hours, lose their focus, and become dangerous on the job. While it’s one thing for a clerical worker to burn the midnight oil catching up on paperwork, it’s quite another when someone is operating a huge piece of machinery with many sharp moving parts.

There are a number of ways to look at this dilemma. When someone wants to work extra hours, it’s hard to deny them, but we’ve got to balance that against the downtime required to do a tough job safely. Did that worker have enough time between shifts to get enough sleep to be able to think straight? Have they worked so many days in a row that they’re starting to just go through the motions instead of really thinking about what they’re doing? And another thing to think about is morale. If someone is overworked or hasn’t gotten enough rest, they might be more likely to snap at a coworker or misunderstand instructions. Many people have the attitude that they can always handle whatever it takes to get the job done, and while that may be admirable in certain situations it can be a recipe for disaster in the industrial workplace, where it’s critical that people communicate clearly, work together patiently, and don’t let their minds wander at the wrong moment.

Something you may also have encountered is the employee who is so competent that you allow yourself to believe they’re capable of handling anything that’s thrown their way. That may be true in the short term, until it isn’t. And by that I mean all it takes is one mistake, and one serious injury, for everything to change. Sometimes when you’re dealing with a highly productive employee you need to watch them even more closely than you do other workers, because they may tend to push themselves too hard as a matter of habit. Again, as a safety professional it’s your responsibility to make smart decisions based on what you know, not just what you feel or think should be okay. If you know that a particular employee has worked straight through the past few weekends, you may need to step in and protect them from themselves by suggesting a much-needed break.

There’s another thing we’ve got to take into consideration as well, and that’s listening to what our coworkers tell us. Maybe you started your career as a machine operator before moving into safety and feel that you’re well aware of how much a person should be able to get done in a certain period of time. In some cases you have individuals who’ve been elevated into management positions and feel they must profess to have all the answers, mistakenly thinking that’s how you build confidence and trust. I’ve actually found it’s the opposite: people know when you’re fudging and don’t really know what you’re talking about, so it’s better to admit what you don’t know so that you’ll have the opportunity to learn.  And sometimes the very person you can learn from is one of the employees you’re responsible for. If someone tells you they’re feeling overwhelmed, or have so many deadlines to meet that they don’t feel they’re doing a good job, then you should listen to them. Who knows more about a position that the person who’s actually filling it, after all? By doing so not only will you help avoid a potential accident from happening, but you’ll make the point to that employee—and everyone else, because people talk—that you’re fair, reasonable, and that you care about your company’s most important asset, which is its employees.

This is not to say that employees shouldn’t be expected to work hard and earn their paycheck, but taking care of your employees makes the same good sense as maintaining your machines properly: you’ve invested a great deal of time and money on them, and you want to make sure you get the best return on that investment. And when it comes to people, that means holding onto all the knowledge and skills they’ve gained on your watch. 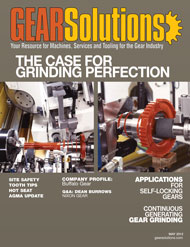