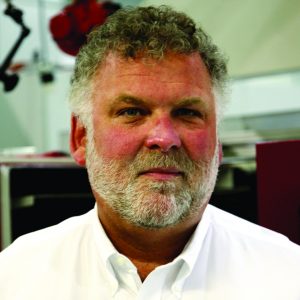 You’re also president of Delta Research. When did you purchase Tifco, and why?

Delta was founded in 1952, and over the years its main focus has been on manufacturing gearboxes and prototyping transmissions. We produced great gearboxes, carriers, and other transmission prototypes, but had to outsource our gear work back then. Now Delta can complete the cases and covers while Tifco handles the gear grinding and gear inspection. Tifco has certainly rounded our capabilities out nicely. Of course, there’s a little overlap in terms of capabilities—which also minimizes loading issues—but here’s an example of how the two companies mesh together. When Delta is building a complete transmission, we provide the blanking, turning, and heat-treat studies of the gears at Delta, and we then turn to Tifco for the cutting of the gear teeth and to complete the CNC gear grinding while Delta completes the housings. It’s been a perfect marriage of capabilities between the two companies. Tifco actually used to be one of our vendors, and although they ran into some problems due to how their business was run, I’d always been impressed by the quality of their work. I had originally approached Tifco to discuss purchasing it in the 1990’s, and then again after that. In 2004 I found out that it was available, and so we bought it.

What kind of shape was it in when you bought it, and what did you do to begin rebuilding its business?

I purchased Tifco because I knew they made absolutely great quality gears. However, I knew that we would need to change their reputation on delivery. To accomplish this we made a paradigm shift in Tifco’s delivery philosophy. This was a company that had been around for 45 years, and their team is tremendously skilled and proficient at what they do. We kept all of the employees and shifted their philosophies toward delivery and customer service to that of Delta Research’s through training, education, and rewards. We reinforced the fact that the most important thing is to be honest with your customer about what’s going on. You can’t wait until the delivery day and then say that you had a problem and the order is going to be late. That’s not acceptable. You’ve got to prove that you take your customer’s needs seriously, and that everything is being done to meet them. I know our efforts have been successful by the number of previous customers who have come back to us, and the positive feedback from current customers. In addition to the change in philosophy we also liquidated obsolete machinery and moved Tifco into a new building with better climate control that’s only about a half mile from Delta. Additionally, we’ve invested about five-million dollars in new equipment, all of which has helped Tifco’s business to grow by 30 to 40 percent each year since the purchase.

I found that Tifco and Delta shared quite a few customers, so we sent them all a letter explaining what we’d done, as well as our future plans. I basically told them “You know me and that I keep my word, so you can trust what we say about Tifco as well.” Another thing we found was that its customer base was nearly 95 percent aircraft captive, and that was predominantly with a single customer. We’ve since diversified the markets Tifco serves so that it’s now about 50 percent aircraft and 20 percent gages, with the remaining 30 percent divided between automotive, defense, marine, construction, and things of that nature. We’ve had to mend old relationships and start new ones. For instance, one of the Big Three called and said they weren’t happy with their supplier and needed plug gages, splines, and go/no-go gages in three days to get up and running, and I said “You want them, you’ve got them!” Then we worked the weekend to make it happen.

How else do Delta and Tifco complement one another?

Some years ago we went to the Detroit Auto Show and were pleased to see that we had made the hybrid transmission shown by each of the Big Three. We’ve since begun working with more companies overseas, particularly in Germany. In fact, when we shipped one of our German customers their first set of gears, they told me they had to check them three times because each result was a DIN 1 analysis. They thought their machine was broken since they’d never received gearing of that quality before. My point is that the people at Tifco—the very ones we kept onboard when we purchased the company—are so solid in terms of their knowledge and skill level that our customers receive aircraft quality at automotive pricing. And with most automakers focusing more on hybrid transmissions and electric motors, there’s no place to hide transmission noise. The finest gears installed in poorly machined housings will be noisy. The same holds true with perfect housings with bad gears. Fortunately for us, Tifco’s high standards for precision and quality have allowed us to make some of the quietest gears in the world. This, along with Delta’s precision machining, has created a perfect combination for our customers. These quiet gears are one of the loudest voices saying that people should do business with Tifco Gage & Gear. I had envisioned a great synergy between Tifco and Delta, but it turned out to be even better than I’d originally expected. 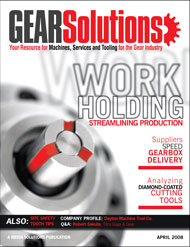