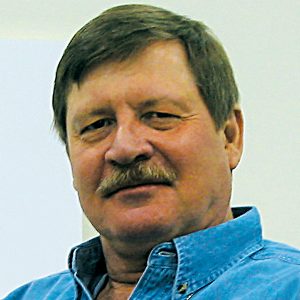 How do you decide where to hold Gear Expo?

AGMA has a Trade Show Advisory Council that’s composed of exhibitorsãlarge and small gear manufacturers and suppliers. The council and I work together to identify the potential locations for the show. Gear Expo is held in Detroit every other show, and since 1993 we’ve also been to Indianapolis in 1995 and Nashville in 1999. Now we are in Columbus, and we’ll be in Detroit again in 2005. The reason we have chosen Detroit is because that’s where the automotive industry is. We survey the exhibitors after each show, and one of the questions we ask is “If you could choose a city in which to anchor Gear Expo, which city would it be?” Approximately 60 to 65 percent of the exhibitors that respond always select Detroit. Now we’re looking for another city to alternate with indefinitely.

In my mind, on paper—and from having been here for a week now and hearing all of the positive buzz—Columbus could be the city. This is the heart of gear country, and its location should allow a lot of people to drive in, take a look, and maybe even stay overnight. Attendance on opening day was pretty reasonable, I thought. The reason we open on Sunday is to give people who can’t get away from work during the week at least part of a day to make the rounds. Approximately 800 people picked up badges on Sunday this year, which is a pretty good number. But Gear Expo has never been viewed as a volume show. It’s a niche show known for the high quality of the people who attend.

It’s my impression that there’s a lot of business being conducted between exhibitors.

Absolutely. I’ve never seen a show that has such a high degree of that going on. In fact, Marty Woodhouse, the chairman of the AGMA Trade Show Advisory Council, has said many times that we could’ve closed the doors to visitors on the first day, and the exhibitors would still have their hands full doing business.

I know that AGMA reserved hotel blocks for exhibitors. How did that turn out?

All of our major blocks are filled. That has to be a good sign, too, because if the hotels are full, that means people are staying overnight and they’re probably going to visit the show for two days. We’ll conduct a survey at the end of the show asking exhibitors how things went as far as move-in, move-out, the amount of traffic they received, and how they feel about the city overall. Unless I’m completely off the mark, this show is going to be highly rated. All of the exhibitors I’ve talked to so far, with minor exceptions, are happy with their hotel rooms, all of the nearby restaurants, the ease of working in the hall, and the nice people they’ve encountered here in Columbus.

How are the attendance numbers shaping up compared to past years?

They’re lower, and that’s because of the economy, of course. The gear industry has really been hit hard, and even though things are beginning to change for the better, many of the exhibitors have been struggling for the past three years. But they are resilient. I remember after the 2001 show, which was held just three weeks after 9/11, we had 194 companies that had rented space, and 192 of them showed up. When I got up to speak to the exhibitors at the meeting following the show, I said “You know, I’ve done a lot of shows in my life, but I’ve never been through one that followed an immense tragedy, and you deserve every bit of the credit for the success of this show. It’s because, despite the fear factor, or the unknown, you—the exhibitors—still came through.” It was incredible.

I’ve been very impressed by the booth amenities, with everything from broadband Internet connections to phone lines. The lead retrieval machines were also quite helpful.

Those machines are provided and maintained by a company that we’ve been doing business with for years. They know how to work with exhibitors, and they provide very accurate information. Once the show is over, they’ll send me statistical analyses that I’ll use for my planning purposes: everything from traffic by the hour and day to the home states and countries of the visitors. Exhibitors who use the service obtain information on leads that they can use for follow-up, and it all starts with a plastic card being passed through a lead retrieval machine. Once that is done, all of the demographics that the potential customer completed on the registration form are retrieved by the exhibitor. If you’re going to follow a lead, you’ve got to have some way to capture information that isn’t burdensome for you, and with this kind of system, all it takes is a swipe of the card. It’s just that easy. 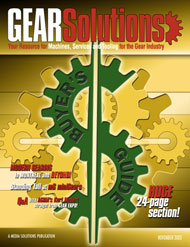