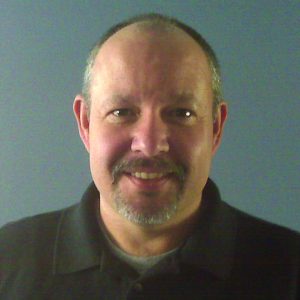 I understand that broaching runs in your family.

You’re right. My father, Kenneth, and my grandfather Raymond “Guss” Ahlgren both worked at Federal Broach & Machine Company when they were located near where we are now in Westland, Michigan, so I’m a third-generation broachman. My son is only six and he’s reading micrometers, so it’s already started with him, but he just doesn’t know it yet. The way Apollo Broach began, though, was when Federal Broach decided to move their operations north to Harrison and offered my dad and a few of his buddies the opportunity to keep doing broaching at that location. So they stayed in Livonia, and by the late eighties they’d bought all the shares that Federal owned. Then, over the next few years, dad bought out his partner’s shares, too—except for one of them, who retained a small stake and is still here with the company.

But Apollo Broach is now a majority family owned company. My father retired a couple of years ago, but he’s still a great resource for me whenever I have questions about broaching, the company, and especially our customers.

Did you grow up working alongside your father?

Yes, I did. I remember going with my mom and sister to take my dad and grandfather their lunch in the summertime when I was a kid, in fact, and as I grew older I spent more and more time working with dad. When I graduated from high school I was only 17, and you had to be 18 to run the machines, so my first real job with the company was painting the shop walls.

But I eventually began moving around to the different stations and learning about all the machines, so I can honestly say I know how to do everything here because I’ve done it all before. Whether it’s broach design, OD/ID grinding, spline development, surface grinding, or resharpening/reconditioning, I’ve spent plenty of time doing the work and can jump in and help wherever I’m needed.

What great preparation, though. Especially once you took over the reins from your father.

That’s true, but it was also a pretty tough time to be doing so, since that was really the beginning of the economic downturn we’re just now recovering from. We were lucky that dad’s such a good businessman, because we entered the recession with zero debt, which really helped us weather the storm. We decided to get busy instead of sitting around feeling depressed, and it turned into a really nice experience for me. We moved into a larger facility here in Westland that’s more efficient, and we invested in some new equipment, but the most important part was that I decided to get out there and reintroduce myself to our customers.

These were people who’d known my grandpa and father, after all, so I wanted to reach out and let them know where things stood. I made clear that we weren’t going anywhere, and I asked about their own plans and how we could help them to reach their projected goals. The reaction was incredible, because you could tell that people were happy to see that I was committed to keeping the family business going.

It’s great to have this legacy, but you’ve got to stay focused on the future as well.

I am constantly attending seminars to learn about new manufacturing processes and materials such as coatings, because some of the new ones that are available these days make the older coatings we used seem thin as paper. We’re also sending a couple of our employees to college so they can learn the latest about CNC programming, which will only strengthen our internal capabilities.

Although we’re a pretty small shop, we really value our employees, and our reps as well, many of whom have been with us since the beginning. Business is up, though, and our customers have indicated order increases in the coming year, so we’re poised for growth and prepared for it. I’m looking to hire a few new employees right now, and we’re also doing some business outside the U.S. in countries such as Venezuela and Korea, so there are plenty of things we’ll be exploring as we emerge from this down economy. As we continue to grow here at Apollo Broach, our model involves the three “Ds”—dedication, determination, and drive. 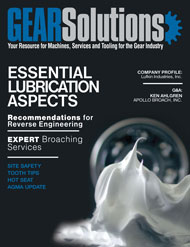 Depending on the material being tested, attributes and qualities to be...