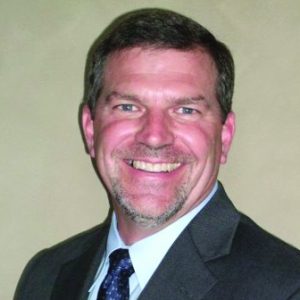 Tell us about the company and the product lines you represent.

CENTRIC International has been in business for about three years, and we’re the North American distributors for the Jashico Machine Manufacture Co., which is the largest manufacturer of slant-bed lathes in Taiwan, and SENJO SEIKI, a longtime Japanese OEM of premium chamfering/deburring machines. We signed on to represent SENJO SEIKI last January, and they’ve never been available here before, so we’ve been working very hard to create a network of representation throughout the United States, Mexico, and Canada. We will also be introducing their largest and latest model—the PLC201—at IMTS booth #B-6938, so we really hope your readers will stop by for a demonstration.

What sets SENJO SEIKI machines apart from the competition?

Quite a few things, actually, beginning with the fact the machines are incredibly easy to operate—it’s a patented, “programless” process—and they produce a very consistent chamfer along the entire profile of the gear tooth. Quite often I’ll see gearing where the manufacturer has obviously put so much work into creating a nice surface finish, so they’ve made a phenomenal gear but the chamfer will be inconsistent and unappealing, from an aesthetic standpoint. The SENJO SEIKI machines create consistent chamfering that’s a pleasure to look at, and that helps achieve balanced gears that are therefore quieter. So I will usually include ease of use, consistent chamfering, and more-balanced and less-noisy gears at the top of my list of attributes to discuss with potential customers.

What models do they offer, and what are their capabilities?

There are three standard models—the PLC101, PLC102, and the PLC201, which will be on display at our booth in Chicago—and the basic difference between them is the size of the gears they’ll handle. As I’ve said, these are our standard models, but each of them can be modified to meet the end user’s requirements, whatever they may be, from 10-foot diameters to as small as an eighth of an inch and with a DP of 46, so the range is immense. These modifications include the inclusion of a brush unit, an internal gear chamfer, a horizontal or inclined cutter axis, dual cutter heads, an inclined workpiece axis, and custom fixturing. One example of a modified configuration might involve a machine with a dual spindle, a dual cutting head with a part magazine, and automatic loading and unloading, and another might be fitted for a six-foot ring gear with two-sided chamfering and a conveyor feed system. So we really can create the exact machine a customer’s application requires, and it generally takes about 90-180 days for the unit to ship from the manufacturer. I can tell you that the vast majority of our customers are interested in an enhanced machine rather than a standard model.

Since many of our readers might not be familiar with SENJO SEIKI, can you tell us a little about the company?

This is a family-run business based in Japan that’s been around for more than half a century now. I’ve visited the manufacturing facility—I was there recently, in fact, where I learned to run their machines, so that’s proof that they’re easy to use!—and I am truly impressed with the operation and especially its engineering department. They are very open to new ideas, and their goal is to make sure our customers get the exact piece of equipment they need, not the most expensive. 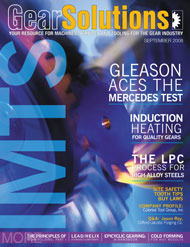