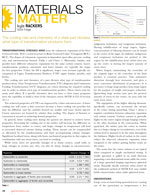 The achieved properties of UTP’s are improved by a finer microstructure. A faster cooling rate will create a finer structure because a faster cooling rate provides less time for diffusion, and the carbides formed are smaller and more closely spaced. Coarse structures are formed by relative slow cooling. The degree of fineness or coarseness is second to achieving desired properties. 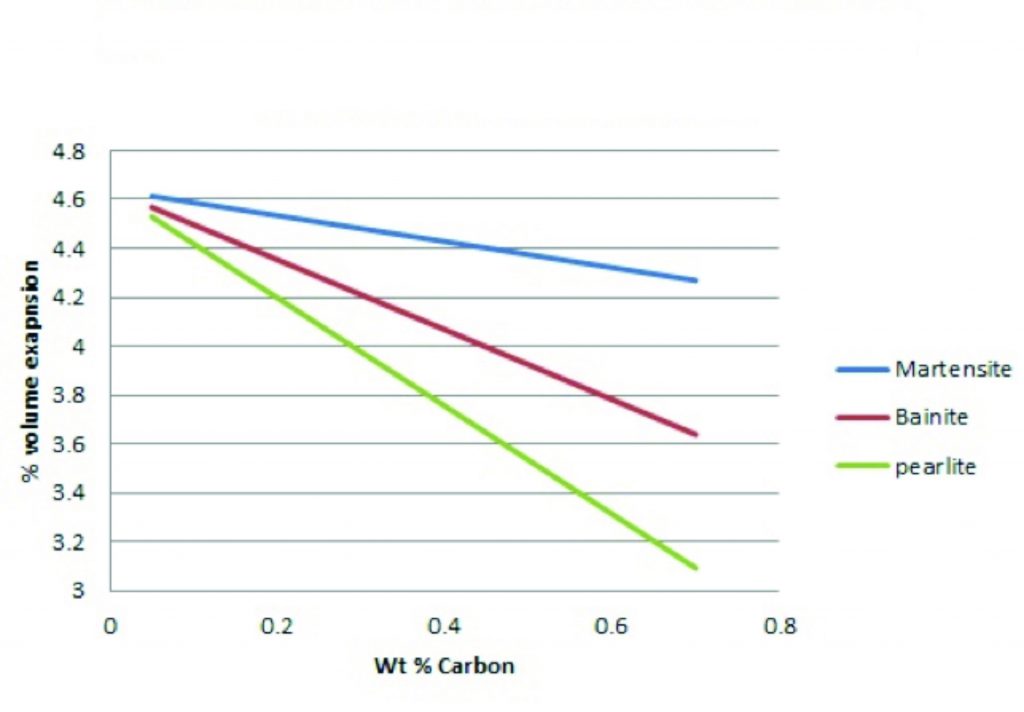 Chart 1: Volumetric expansion from austenite to transformation product.In general, faster cooling rates during the quench are desired to achieve better properties. Increasing the cooling rate at the surface will increase the difference in temperature from surface to center, and larger changes in temperature will lead to increased observed stresses during cooling. These stresses can be compounded or alleviated by the transformations and their accompanying volume changes. Significant localized stress, along with lower mechanical properties in that region, in combination with any stress risers, can lead to cracking.

While stress risers are generally thought of as sharp corners, small radii, or large changes in section size, they can also be sharp changes in microstructure, indigenous inclusions, and exogenous inclusions. During solidification of large ingots, higher concentrations of alloying elements can be found in the center of the ingot. In addition, indigenous and exogenous inclusions are pushed to this region by the solidification front which then sets up the center as having the largest amount of stress risers.

When forged, maintaining the centerline of the original ingot as the centerline of the final product is common practice. This minimizes distortion through heat treatment, and gives a more concentric distribution of properties. It is necessary to forge large product from large ingots for the purpose of weight and proper reduction. Quenching large section sizes puts the greatest amount of stress in the center, an area with the most stress risers.

The segregation of the higher alloying elements, specifically carbon, can accentuate the stresses at the center during quenching. Chart 1 shows a negative correlation between volumetric expansion and carbon content. Carbon content is generally higher in the center region of large forgings relative to the other locations in the cross-section. When quenched, the surface puts the center in tension due to a larger change in circumference, even if the carbon level is assumed to be the same throughout the thickness. Higher levels of carbon in the center reduce the observed volumetric expansion when compared to the surface putting further strain on the center.

The strain that the center endures is not typical when compared to simple mechanical testing. A tensile specimen is pulled in an axial direction imparting a one-dimensional strain while the center of a large quenched forging experiences spherical strain. Normally ductile material, when tested via the traditional method of ASTM E-8, may exhibit brittle characteristics when under spherical stress.

Large cross sections being quenched were coming out of the quenchant at temperatures a few hundred degrees Fahrenheit below transformation temperatures for that grade and cooling rate. They were then loaded into a furnace that is anywhere between room temperature and 800°F, the furnace lit and then ramped to tempering temperature.

Forgings that cracked did so either in the quench tank or very quickly upon heat up to the tempering temperature. The fracture surfaces would mostly be a tempered reddish color but also would come out with blue hues due to polymer oxidizing on the fracture surface. The crack origins were always close to one end, approximately half the thickness in from the end and on centerline. The fracture surface at the origin and all along the length was indicative of brittle fracture.

The crack follows the centerline of the forging and propagates towards the other end and out to the O.D. A shear lip is often noted near the end opposite the origin (Figure 1).

Sometimes a difference in fracture appearance can be seen between the centerline fracture and mid-radius to O.D. fracture. SEM images on both fracture surfaces have concluded they are brittle fractures. The origin’s microstructures are typically heavy in indigenous inclusions.

In my final column in this series I will discuss how I used computer simulation to better understand and decrease the stresses formed during quenching and consequently reduce the likelihood of quench cracking in these large steel sections. 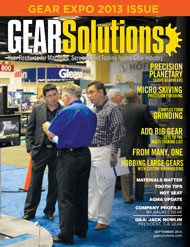