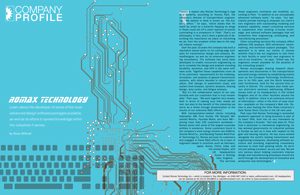 There’s a reason why Romax Technology’s logo is a butterfly, according to Younsu Park, the company’s director of transportation engineering. “We believe in what is known as ‘the butterfly effect,’” he says, “which states that ‘An event as small as a butterfly flapping its wings in Texas could set off a chain reaction of events culminating in a snowstorm in Tibet.’ That’s our philosophy, in fact, and it does a great job of describing the importance we place on everything we do, from the smallest initial idea to the largest mature concept.”
Over the past 19 years the company has built a reputation based partly on its cutting-edge software for transmission design and analysis, RomaxDesigner, as well as its extensive engineering consultancy. The software has since been developed to enable concurrent engineering so as to complete the design and analysis including durability, dynamics, and NVH in the same software suite. Together these capabilities cover all of its customers’ requirements for the modeling, simulation, and analysis of geared transmission systems, with others devoted to robust optimization, DoE (design of experiment) study, and system level analysis, dynamic analysis, bearing design, duty cycles, and fatigue analysis.
“But it’s the collaborative nature of our relationship with our customers that is truly remarkable,” Park says. “We work together very closely, both in terms of making sure their needs are met, but also to the benefit of the industries we serve as a whole through dissemination of the results of our extensive R&D efforts.”
With transportation-related clients including Caterpillar, GM, Ford, Honda, VW, Renault, Mitsubishi Motors, Hyundai Motor, and Aisin AW—among more than 100 customers worldwide—Romax works with some of the largest corporate entities in existence. Some customers found in the company’s wind energy division are DeWind, Sinovel Wind Co., and Baoding Tianwei Wind Power Technology Co. Romax services its customers and engages in these R&D efforts via a team of engineers based in countries such as Germany, Japan, Korea, China, India, and the United States, with UK headquarters found in Nottingham, England.
The services these engineers contribute are multifold, according to Park. “In addition to our conceptually advanced software tools,” he says, “our specialists provide training to empower our client’s own engineers with outstanding modeling and analysis capability, expert consulting services to supplement their existing in-house knowledge, and tailored software packages that will streamline their engineering, prototyping, and manufacturing processes.”
Other consulting services the company offers address CAE analysis, NVH refinement, benchmarking, and technical support packages. “Our approach is to allow our clients to choose whether they’d like our engineers to visit them at their facility or send their own engineers to one of our locations,” he says. “Either way, the engineers remain available for the duration of the consulting project.”
Romax encourages sharing research developments and discoveries in the transportation and wind energy markets by establishing events such as the European Technology Conference, now in its fifth year, and the North American User Conference, held for the second time recently in Detroit. The company also holds various short-term seminars addressing different issues both at its headquarters in the United Kingdom and at its other facilities around the world. In addition, there is an extensive amount of information—often in the form of case studies—available on the company’s Web site. Romax is also hosting the Ohio State University’s Gear Noise Short Course in the UK next year.
Park says that Romax Technology’s somewhat academic approach to doing business is part of its basic DNA, built into its very framework by the company’s founder. “Not only does Dr. Poon hold a doctorate in mechanical engineering, he has advised governments on industrial policies in Europe as well as in Asia with respect to the gear and bearing industry. He has since worked alongside the world’s leading transmission and engineering companies, developing software solutions and providing engineering consultancy services to meet their growing needs. So we’re not just selling a product, as you can see. We are very serious about helping customers improve design and manufacturing processes around the world through the development of innovative and productive new technologies.”
For more information:
Contact Romax Technology, Inc.—which is located in Troy, Michigan—at (248) 687-1440 or sales_us@romaxtech.com. UK headquarters can be reached at 44 (0)115 9518800 or sales@romaxtech.com. Go online to [www.romaxtech.com]. 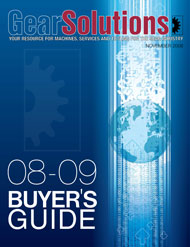