This Michigan company helps gear companies of all sizes navigate the industry, optimize their tool life, and improve production schedules.

Four years ago, everyone presently at Macomb, Mich.’s Involute Gear and Machine was working for Nachi Machining Technology—formerly National Broach and Machine—as either contractors or employees.

Nachi had decided to close their Michigan headquarters and relocate to their Indiana office and manufacturing facilities. Several employees decided they didn’t want to relocate, and an opportunity to purchase the gear honing line presented itself.

“So we did just that,” said current company president Rodney Soenen. “All of us have more than 25 years experience in the gear industry, representing a wide range of experience including inspection, hobbing, shaving, broaching, grinding, and gear manufacturing.”

Soenen purchased all the equipment, machines, supplies, materials, gages, and engineering drawings for the manufacturing of all types of Red Ring Hone Tools and Honing Compounds. Then he and the rest moved down the street about a quarter mile into a small building. That held them over until November of last year, when they purchased a 14,400-sq. ft. building about nine miles away (still in southeastern Michigan, Rodney assures me).

“My responsibility at Nachi was sales of Kashifuji Gear Hobbing Machines and Osaka Seimitsu Gear Inspection Machines,” said Soenen. “I had about a 30-year relationship with these two machine builders. They agreed to follow us, and when combined with Hone Manufacturing, we could justify our own company.” Today, Involute Gear and Machine has over 75 years of combined experience to manufacture gear honing tools and sell Kashifuji gear hobbers and Osaka Seimitsu Gear CNC gear and inspection machines.

Kashifuji Works recently celebrated their 100th anniversary and Osaka Seimitsu Kikai (OSK) has been in business for about 60 years. Both are the largest suppliers of their type of equipment in Japan, especially to the automotive market. “We have both Kashifuji & OSK demo machines on our floor,” advised Soenen.

“There aren’t too many people making the gear hone style that we manufacture, which are designed for the National Broach/Red Ring gear honing machine, but can also be used on shaving machines, ” said Soenen. “There are still plenty of them in the world, and we still supply all those customers. The only time we lose a customer is when they change the process—if, for example, they go from shave heat treat to heat treat grinding. We have aerospace customers that, even after grinding the workpieces, require honing to obtain a surface finish above what is attainable through grinding. 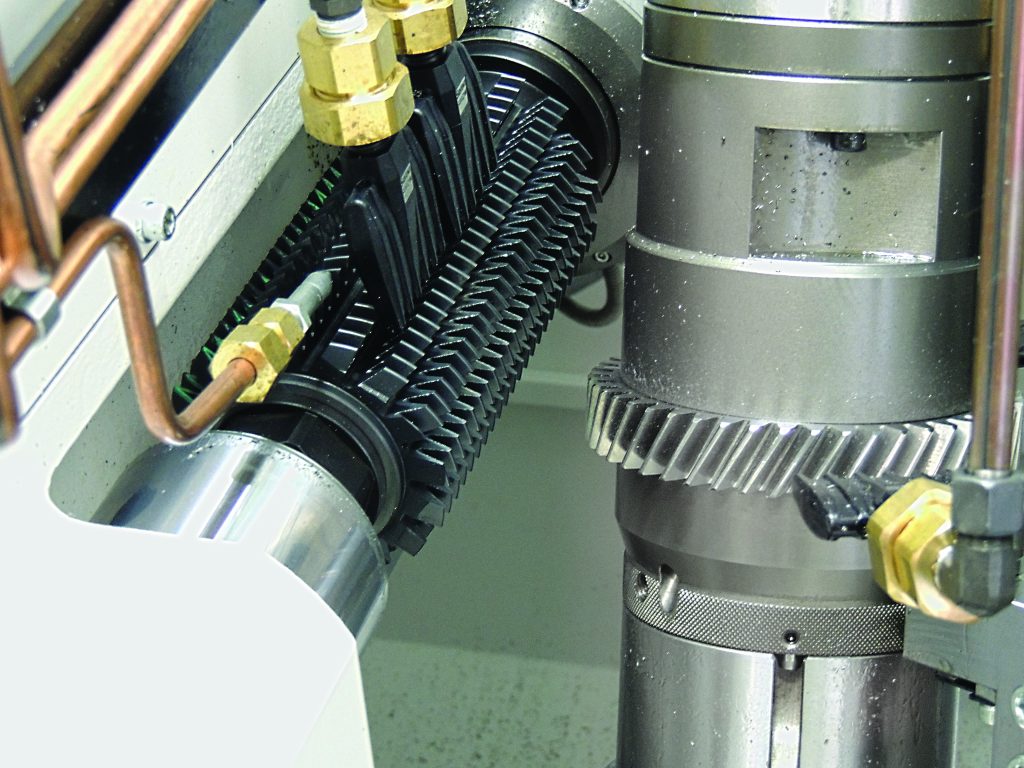 Soenen says Involute Gear’s contract gear inspection service is picking up as of late. Currently, the company has two OSK CLP 35’s for parallel access gear inspection with a maximum of 350 mm with 800 mm tailstocks for the longer shaft parts. They perform internal/external gear inspection as well as hobs, worm shafts, and worm wheel inspection. And they do it fast.

“We can usually turn around a gear inspection the same day parts are received,” said Soenen. “If not, certainly by the next afternoon we’re scanning and emailing inspection charts. Our customers enjoy that kind of service. We can inspect a gear in about four minutes and we serve a variety of industries. We just picked up a customer that makes printing presses. They bring in all their gears from overseas, and they’ve been having some quality issues, so we were able to identify profile/lead issues that were causing noise.” The problem? A poor grind job, something the printing press maker suspected all along, but never had the documentation to prove.

The company also deals with a large range of clients. “Some of our best customers are the small shops, who require a lot more hands on training and support,” said Soenen. “Many are purchasing their first CNC hobber and/or CNC gear tester. Consequently, they required a lot of help. Many times they weren’t aware of what CNC hobbers and gear inspection machines were capable of, and how these machines would benefit their business. ”

If these customers didn’t know what CNC gear machines could do, they at least knew they had to have them. “We helped them get into the business and optimize their tool life and current production schedules,” said Soenen. “Often, we get people calling us asking, ‘Do you know someone who can do this kind of work and to this quality level?’ ‘Yeah, call these guys—they have some great inspection equipment and they can give you accuracy documentation.’”

Involute Gear deals with the big boys, too. The company recently received an order for two Kashifuji hobbers from an automotive supplier, for a high volume drive train part. Bosch, Whirlpool, Visteon—the list of big names goes on.

“We enjoy selling to guys making loose gears,” said Soenen. “They’re easier to sell to and it’s more our line of business. I like to say we look for the ones that fall through the cracks, the ones that our main competitors have missed, the guys who want to sell 10 and 20 machines at a time.”

Involute Gear and Machine imports and installs Kashifuji and OSK machines and supplies training, service, and spare parts. Soenen said it’s not unusual to get a call from guys with machines installed 10 years ago with questions about programming or software, maybe a minor machine problem.

Soenen explained, “’We’ll get phone calls asking, ‘Can our machine do this? It’s a special cutting cycle, and we want to start quoting this.’ It’s either yes, or, if not, we supply additional software. This is especially true in the gear inspection market, where the standards change so often and the software has to get updated—whether it’s an ISO, DIN, JIS or AGMA type inspection.”

For More Information:
To learn more about Involute Gear and Machine’s products and services, visit them online at www.involutegearmachine.com or call (586) 677-3910. 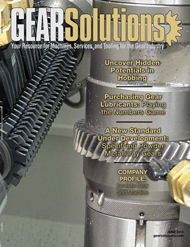