With their competitive pricing and shorter delivery times, Griffin Gear has definitely staked its claim in the larger gear sector.

“We’ve made gears from the beginning,” said Randy Stewart, president of Griffin Gear Inc. “Joe Griffin, Sr., who started the business in 1967, was originally involved with a family foundry business. We started out as a company that did a little of everything, but then began our focus on gearing.” 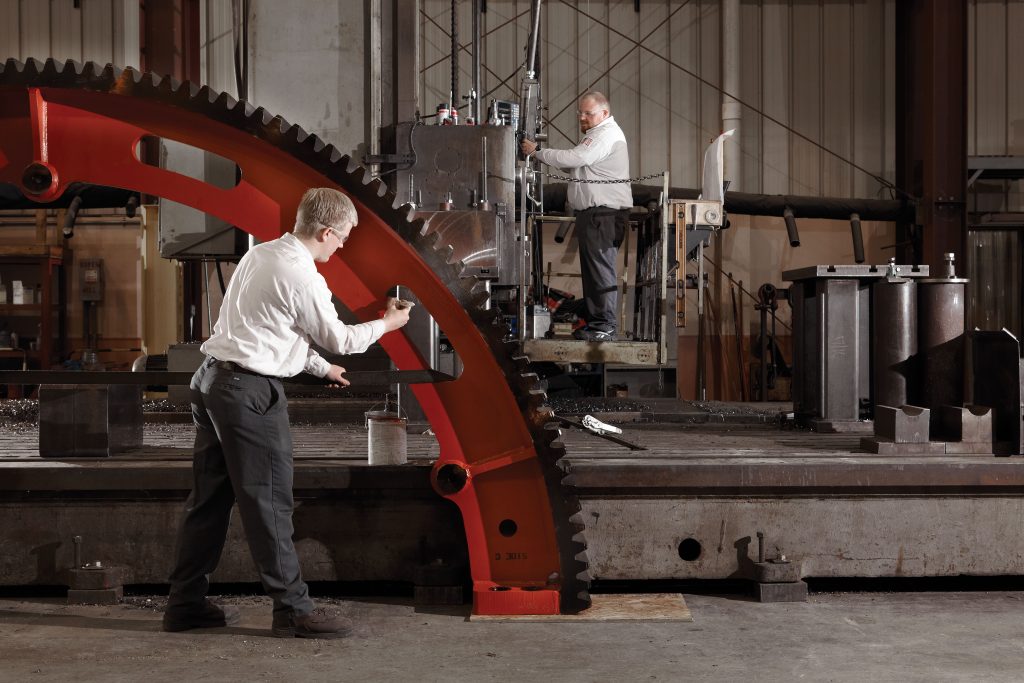 Located in Roebuck, SC in their original facility, Griffin Gear has been doing gearbox repair for over 30 years. Stewart calls it “an evolutionary process from where we started to where we are today.” Since its creation, the gearbox repair facility has more than tripled in capacity to include a large “clean room” which is essential for repairing and assembling gearboxes. Adding to Griffin Gear’s capabilities also includes the new Hofler 2000, allowing them to obtain AGMA class 15 gears. 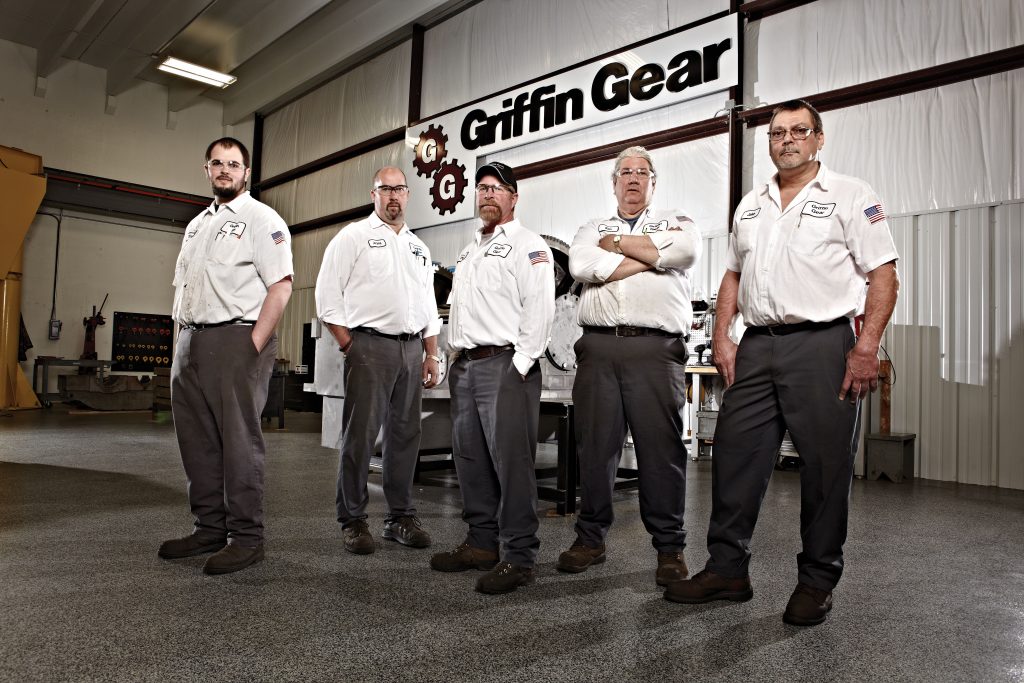 “We liked the fact that they had a very strong position in their regional market,” said Readinger. “The Southeast isn’t overly-served from a gear manufacturing or gearbox repair perspective. We can supplement the experience in that region with our experience in other parts of North America.”

After talking to Griffin Gear for over two years, Readinger says Renaissance decided that the acquisition was the right thing to do for both parties. “Griffin is extremely competent from a technical standpoint, with a strong ‘whatever it takes’ attitude. The grinder puts them in a new place for producing higher quality gears, does more for existing customers, and helps them move into new markets, too. Also, the turnaround time with them is very short. All of this appealed to us.”

As other companies are acquired by Renaissance Power Systems, Stewart hopes Griffin Gear will become stronger through complementary businesses. “I think there are a lot of opportunities there,” said Stewart. “Our vision is that there wouldn’t be any work under the RPS umbrella that couldn’t be handled by one of our business partners. A lot of times with an acquisition, people are unsettled and uneasy about their future. I’m excited about it. I only see bright things ahead.” 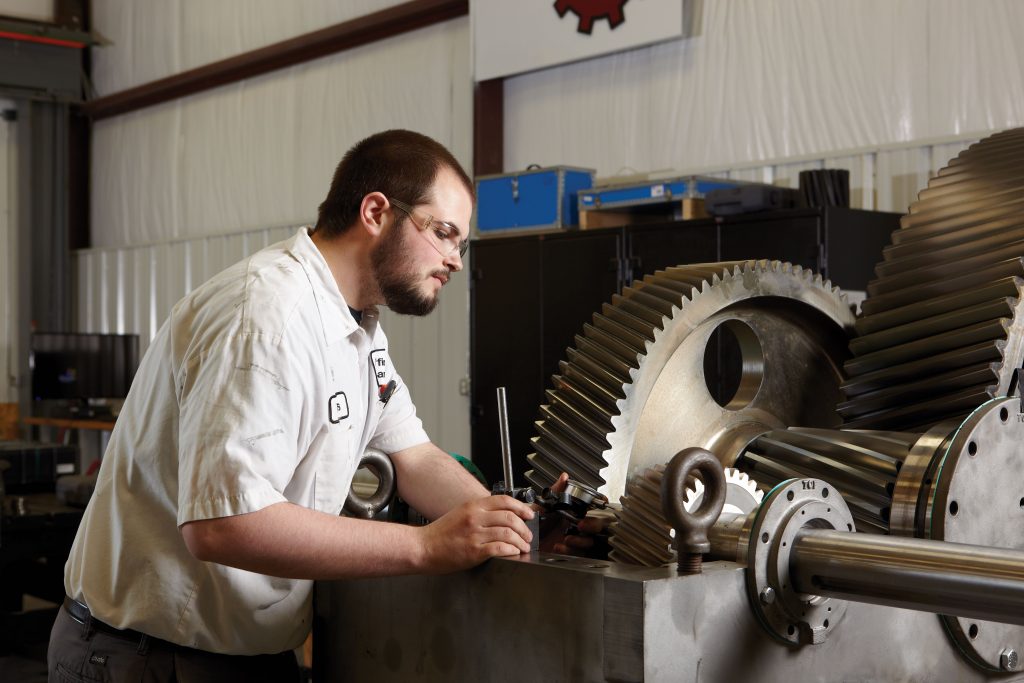 Stewart started working for the Griffin family from high school through college part time. “The day after I walked across the stage at Wofford College, I reported to work at Griffin Gear. I’ve been here ever since—31 years. This is home to me and I have a tremendous amount of pride in this place.”

Most of Griffin Gear’s employees are from Spartanburg and the surrounding areas. The company is involved with blood donation drives, Mobile Meals charity projects, and local Red Cross and Children’s Shelters organizations. Recently, the local community college in Spartanburg was in the process of renovating an historical building, the goal being to maintain the look and original feel of the structure. The idea to utilize the original clock tower was proposed. Griffin Gear assisted the group with the original clock in the tower, where it sits today and is performing flawlessly.

“We aren’t normally ‘clock repair guys’ but it’s an example of things we do for our area,” said Stewart. “We feel a sense of community pride. Thankfully, when it was completed, we were able to forgive all the debt. We have tremendous satisfaction that we can be a vital part of the local economy and our employees can prosper, also.”
Griffin Gear recently donated a gear machine to R.D. Anderson Applied Technology Center that will enable them to implement a gear program into their curriculum. Stewart says the machine is creating a lot of buzz from the younger students. 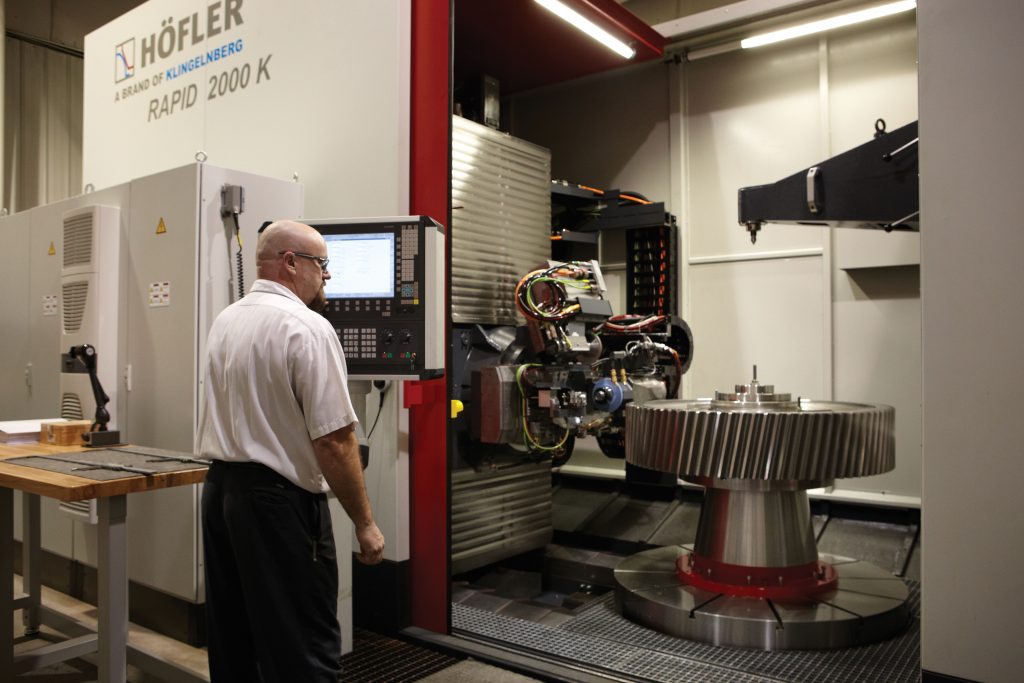 “We have very strong career and technical education centers through the public schools here in Spartanburg,” said Stewart. “We work very closely with co-op programs at R.D. Anderson, bringing those young folks in after school (school comes first). We have a huge success with that program, which is necessary for keeping a young talent pool flowing in your business. We’re taking identified raw talent from the program there, and we just nurture and teach. A lot of these students end up fulfilling vital roles within our plant. It’s a great program.”

Michael Arledge, employed with the company for 20 years, started in the drafting department. After moving through positions in engineering and sales, Arledge now represents Griffin Gear as executive vice president.

“We have seen tremendous change and see many opportunities for growth and expansion for the future,” said Arledge. “Our priorities are customer-driven due to higher requirements and standards. We work hard to stay ahead of that curve. From a gearbox rebuild up to a 6-meter (20-ft.) gear, we have all the necessary equipment in-house for complete product control.” 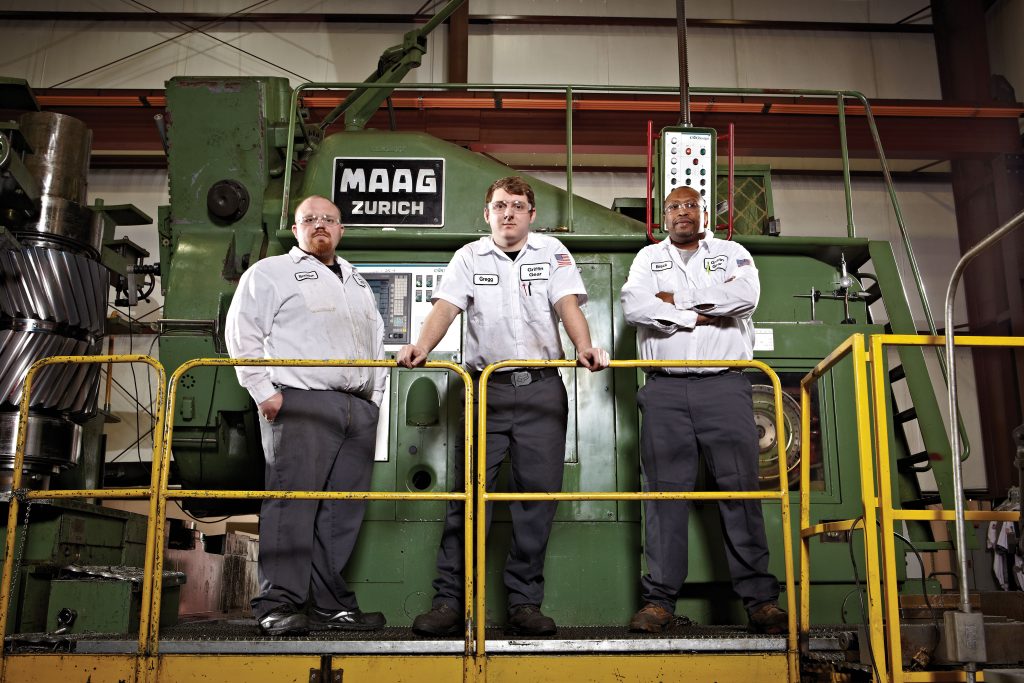 At AGMA meetings, Randy and Michael say they both hear the same question: Where do you find quality people to come in who know about the gear industry?

“With the R.D. Anderson Co-Op Program, we get students coming in and catching a glimpse of a 20 ft. diameter gear,” Stewart said. “It blows their socks off and they want to be a part of it. I received a call recently from the welding instructor at R.D. Anderson asking me to come speak to the students and give them some idea where their career could go if they followed this path. It’s a great program, and it helps Griffin Gear with great employees down the road.”

In the past, when cutting larger ring gears, Griffin had to rely on outside sources for certain processes, diminishing their delivery times. “We have made capital investments to create and maintain those processes in-house to increase quality and delivery times,” said Arledge. “We can now produce in-house one week what use to take several.”

Upgrades to their large gear production area include a 20’ x 20’ stress relief oven and a Supermill with a capacity of 40-ft. horizontal and 16-ft. vertical travel, used to machine the split lines on the large gears as well as gearbox housings. With their competitive pricing and shorter delivery times, Griffin Gear has definitely staked its claim in the larger gear sector. 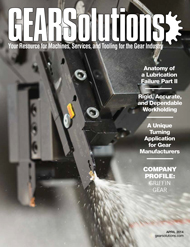